Developments in the Interpretation of Arbitration Agreements by Local Courts

Arbitration is fast becoming the preferred route for dispute resolution, particularly in certain sectors, for instance; foreign direct investments, cross-border transactions and construction. But local courts still play a vital role in the arbitration process including, but not limited to, determining tactical challenges raised by the parties to nullify the arbitration agreement and/or rule on the recognition or setting aside of arbitral awards.

Over the last two decades the Dubai Courts have become increasingly arbitration friendly. However, in certain instances there are some obstacles from the Dubai Courts which are mainly due to the approach adopted by the Court when interpreting certain well settled principles of arbitration in connection with the validity and effectiveness of arbitration agreements. These interpretations stand to influence the confidence parties place in arbitration being an effective alternative dispute resolution method in the Middle-East.

Having said that we, as legal practitioners, believe that it is an important part of our professional duty to highlight the positive developments that make Dubai more arbitration friendly. Therefore, we set out below an analysis of one of the recent judgments issued by the Dubai Court of Cassation that confirms the positive approach taken by the court to deal with arbitration agreements.

On 27 February 2010 a distributor (the “Distributor”) entered into a distribution agreement (the “Agreement”) with a foreign supplier (the “Supplier”) for the distribution of a specific range of sports products and goods (the “Goods”) in certain territories (the “Territories”), some countries on exclusive basis including UAE, KSA, Kuwait, Bahrain, Oman, Pakistan and Qatar and others on a non-exclusive basis, including Egypt, Syria and Jordan.

The Agreement contained, amongst other things, some standard provisions, including:

The Distributor filed a case against the Supplier claiming that:

Interpretation of Article 226 of the CTL

The Article provides that:

“As an exception to the rules of jurisdiction set out in the UAE Civil Procedures Law, the court in its place a contracts agency agreement was executed shall have jurisdiction to adjudicate all disputes arising out of such agreement”
This Article regulates the courts’ territorial (i.e. geographical) jurisdiction in case of contractual agency arrangements by determining the competent court to hear any dispute which may arise out thereof (i.e. disputes in relation to such agency agreements). As an exception to the rules contained in the UAE Civil Procedures Law, the court where the agreement is to be executed, shall have jurisdiction to hear the said dispute. This Article does not relate to the distribution of functional jurisdiction between the courts judiciary and arbitration judiciary (i.e. between the courts and arbitral tribunals). The later is derived from the litigants’ agreement to arbitrate instead of the default recourse to competent courts.

The appealed judgment validly ruled that this Article applies only when the state courts have jurisdiction and, as such, it would allow the court – where the contract is to be executed – to adjudicate the case. However, such Article does not apply in case of arbitration because it does not deal with the distribution of functional jurisdiction between local courts and arbitral tribunals.

Invalidity of the jurisdictional challenge for lack of express authority

It is well settled that considering the capacity and authority of the person who signed the arbitration agreement is something for the court to decide, in its sole discretion, based on valid grounds and supporting documents.
Whereas the appealed judgment considered the capacity of the person who signed the arbitration agreement and the validity of the PoA to the Attorney as it provides that “….. the argument raised by the appellant (Distributor) on the invalidity of the arbitration clause is incorrect. The clause was signed by Mr. […], the Chief Executive Officer, whose name appears on the commercial registry extract of the defendant company (Supplier) and, therefore has the authority to agree on arbitration.”

Further, the appellant’s argument on the capacity of the Attorney to raise the jurisdictional challenges is invalid. The act of raising a jurisdictional challenge by an attorney is within the scope of the PoA. In fact, this is one of the core actions entrusted to an attorney during the representation of his/her client and, therefore, the Attorney does not require any specific authorization to challenge the court’s jurisdiction based on the arbitration agreement. An attorney can represent his/her clients in any case filed by or against them without the need of having a specific authorization or special consent from clients during the proceedings before courts.

Therefore, the person who signed the Agreement has valid capacity and authority to agree on arbitration and the PoA given to the Attorney is valid.

This is an invalid challenge because of the principle of pacta sunt servanda (This is a Latin term which means ‘agreements must be kept’). In general, contracts are entered into on the basis of presentation and bargaining. Each of the contracting parties presents its terms and when such terms are accepted by the other party a binding contract is made.

The only exception is an adhesive contract, which terms are not subject to negotiation and bargaining. In such (adhesive) contract one of the contracting parties provides its terms and the other shall either accept them all or reject the contract (i.e. on take it or leave it basis). In this event, the legislator interferes to disclaim the affected party (the weaken party who is subject to an undue adhesion) from the application of the adhesive term. A good example of this would be Article 1028 of the UAE Civil Transactions Law which invalidates certain terms that may be included in an insurance contract.

The request by the Supplier to recourse to arbitration for resolving any disputes that may arise with the Distributor is not an adhesive term. This is because arbitration is a radif to judiciary (The term radif means, in Arabic, alternative/supplementary). The judgment tries to say that arbitration is another auxiliary, supplementary or parallel to the normal judiciary (referring to the state courts). However, there is no much clarity on the intended meaning of this term as far as the UAE courts’ judgments on arbitration are concerned).

Further, there is no adhesion in agreeing to have the seat of arbitration outside the state. It just requires certain procedures for the enforcement or nullification of a foreign arbitral award in accordance with either the provisions of the Civil Procedures Law, New York Convention 1958 or any other bilateral or regional treaty subject to the principle of reciprocity.

Whereas courts are not necessarily required to respond to corrupted, invalid and baseless challenges, and whereas the Distributor’s challenge – to invalidate the arbitration clause because of the alleged adhesion – is obviously corrupted, therefore the Court will disregard such challenge.

We are of the view that the above judgement is of importance to the arbitration community. It shows a certain development in the way local courts currently deal with arbitral/ jurisdictional challenges, even before the issuance of the UAE Federal Law no. 6 of 2018 concerning arbitration (the “New Arbitration Law”). Judges have become more flexible while deciding on arbitration related challenges. We set out below our analysis of the Court of Cassation’s reasoning. 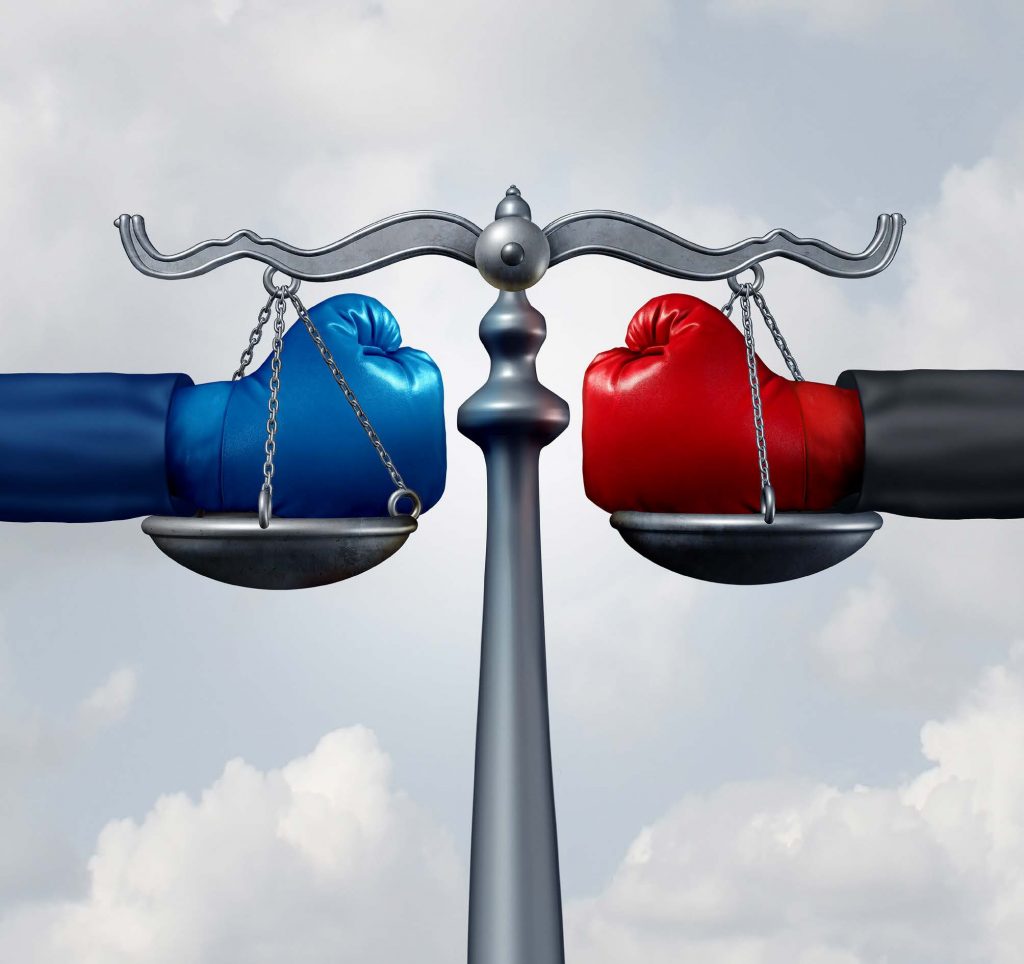 Interpretation of the Article

Although we do agree with the Court of Cassation’s determination, however there might be a change if the argument was based on grounds of public policy. In other commercial agency disputes, a claimant (most probably the distributor/ agent) would argue that the contractual relationship is protected by the local laws as a matter of public policy. Under certain provisions, such as Article 6 of the Commercial Agencies Law no. 14 of 1988, as amended, the local courts have exclusive jurisdictions to hear all disputes in relation to a commercial agency and any other agreement to the contrary (such as arbitration) shall be disregarded. This challenge may result in invalidating an arbitration clause and, therefore, gives local courts jurisdiction on public policy grounds as the subject matter is not arbitrable however certain conditions need to be met including that the agency/ distribution agreement shall be registered, this is from one hand.

On the other hand, in this judgement the Dubai Court of Cassation has treated arbitration in a way that could be seen as similar to court’s adjudication, to a certain extent. The court referred to two different jurisdictions, one for courts and another one for arbitration, which shows that courts look to arbitration as another way of dispute resolution and shares the jurisdiction (with judiciary).

This looks normal from an outside perspective however, in practice judges used to apply very restrictive approaches when it comes to arbitration. They were of the view that arbitration is an exceptional way of dispute resolution.This view resulted in a number of controversial conclusions by local courts including that:

However, other recent courts’ judgments, including the subject matter of this article, show development in the above views. Further, the New Arbitration Law is expected to fix many practical issues and support the UAE to become more arbitration friendly. Under Articles 1 and 52 of the New Arbitration Law an arbitral award is treated as a court judgment.

The requirement of express authority to arbitrate:

The Court of Cassation has accepted the lower courts’ conclusion that the CEO of the limited liability company has the necessary powers and authorities to agree on arbitration. However, this is not the first sign of flexibility we have seen by local courts on the capacity and authority of managers to agree on arbitration.
For instance in 1994, the courts’ approach was that:

Therefore, the default position was that unless the manager has an express and specific authorization he/she couldn’t sign a valid arbitration agreement.

Arbitration/arbitral tribunals shall be treated as judiciary/ local courts

The court stated that the agreement to arbitration is not adhesive and confirmed that arbitration is a Radif (as explained above) to courts/ judiciary. This represents a new change in the courts’ approach and may have some positive implications, especially if arbitration is regarded as an equal and parallel way of dispute resolution. If arbitral tribunals are treated like local courts, this may change some of the settled principles including, by way of example, that a tribunal may refer a constitutional challenge to the Supreme Court. Note that in the past the Supreme Court has said that referrals can come only from local courts and an arbitral tribunal is not a court and therefore cannot refer a constitutional challenge to the said court.

We believe the Court of Cassation intended to treat arbitration as an alternative or parallel way to local courts/ litigation. Nevertheless, we hope to see more flexible approaches to local practice so they run in line with international arbitration practice including providing that arbitration is an alternative way of dispute resolution, similar to the courts in all effects, and not an exception. Taking into account that before the New Arbitration Law, arbitration was organized and provided for in the Civil Procedures Law, which regulates the work, practice and procedures before local courts.

Undoubtedly, we see some positive changes in the way local courts deal with arbitration agreements. Not only is the legislator moving in the right direction, which is evidenced by the issuance of the New Arbitration Law, but it also shows that courts are steadily developing their pro arbitration approach. We hope that the local practice will soon be developed to match the international practice in order to enable Dubai to become a global hub for arbitration and become one of the world’s preferred seats of arbitration.