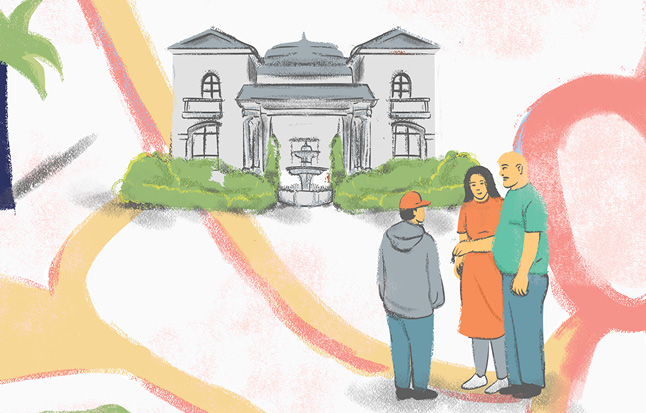 When we look at the reality of succession, we cannot help but notice that the division of large estates is often complex and tangled, and it often takes the heirs a very long time to receive their respective bequests. Indeed, it is not unusual for it to take many, many years for the heirs to receive their share. As disputes drag on, relations amongst the beneficiaries can become strained, and even jeopardised. Conversely, heirs may choose to give up their rights to their share of an estate in order to preserve family harmony.

Recognising the potential pitfalls related to the distribution of large estates, a minister who has worked tirelessly to elevate the judiciary to a stage that meets expectations, has been a major driving force behind an unprecedented development in the Kingdom’s judicial arena; that of addressing the problems associated with succession in Saudi. In an attempt to find a solution to the historically long and protracted process of distributing large family estates and in the public interest, H.E. was responsible for, amongst others, the establishment of a Tripartite Circuit to consider estates exceeding one hundred million riyals (US$27 million) pursuant to decision No. 38/2/105 dated 23/07/1438 AH.

The decision does not limit the Circuit’s jurisdiction to the adjudication of future inheritance cases of more than one hundred million riyals, but also includes the cases that are still currently being disputed before general and family courts but which have not yet been adjudicated under the Follow-Up Committee. The Inheritance Cases Follow-Up Committee is charged with supervising the work of the Circuit, validating its procedures as well as ensuring the consistent and speedy delivery of the Circuit’s decisions all whilst preserving the independence of the judiciary.

Having appeared before this Circuit, we can attest to its particular interest in and commitment to delivering speedy judgments in inheritance cases, e.g., by issuing hearing dates and timetables in advance thereby streamlining the process and setting transparent and practical expectations for beneficiaries and those tasked with administering estates.

Other developments of note on the judicial front include the establishment of labour courts and commercial courts, as well as various judicial committees, as a means of reducing caseload strain on other courts. This has had the impact of improving ‘turn around’ times which, consequently, enables judges to spend more time and effort on individual cases. There are also validation committees to receive and verify cases based on the completeness and clarity of their details and documents as well as to consider jurisdictional aspects in terms of territory and subject matter, before referring them to the judicial Circuit for trial.

To conclude, this Circuit has brought about a qualitative leap in the Saudi judiciary, which is characterised by the improved and increasing accuracy of judgments, competency of its personnel, and speedy adjudication of cases referred thereto.