Combating corruption is a hot topic across the globe. Scoring on top of international rankings, the Nordic countries (being Denmark, Norway, Sweden, Finland and Iceland) have traditionally been regarded as the global frontrunners when it comes to anti-corruption. In the Middle East, governments are working hard to decrease bribery and increase transparency in society, which ultimately complements the general promotion of civil rights. Research indicates that free speech, independent media, political dissent and an open and engaged civil society, access to information and the non-existence of censorship are the core elements preventing corruption.

The author previously practised law in Finland, advising Finnish and Scandinavian clients, before locating to the UAE. In this article I seek to provide comparative insights on the topic of anti-corruption practices between the Middle East and the Nordic countries, in light of current developments.

From global harmonisation of laws to local enforcement

Combating corruption on a global level is subject to several international treaties, the provisions of which are then transposed to national laws, harmonising the content thereof. The most important international treaties in this regard are the United Nations Convention Against Corruption of 2003 and the OECD Convention on Combating Bribery of Foreign Public Officials in International Business Transactions of 1997. In Europe, an intergovernmental body called the Group of States against Corruption (GRECO) was established in 1999 by the Council of Europe to monitor its Member States’ compliance with the organisation’s anti-corruption standards.

The intention of international treaties is to establish common worldwide legislative standards for anti-corruption laws through imposing obligations on the Member States to bring their legislation in line with the obligations of the treaties. As a result, the laws of different Member States should include similar provisions criminalising the different forms of bribery, which provisions are locally enforced by national authorities. Despite these developments, it goes without saying that the national anti-corruption laws are far from being harmonised and different geographic regions face different corruption related challenges.

Transparency International is a non-governmental watchdog promoting anti-corruption in the world. It publishes an annual Corruption Perception Index, ranking 180 countries and territories by their perceived levels of public sector corruption, predicated on information provided by experts and businesspeople.

The Middle East consists of a variety of jurisdictions, many of which are far from homogenous. While some of the countries are still subject to weaker public institutions due to, e.g.; internal conflict, a number of countries in the Middle East, such as Jordan and Lebanon, are taking positive steps towards fighting corruption and increasing transparency and integrity in their societies. The hard work conducted by local governments in the Middle East is gradually attracting the attention of the rest of the world.

This year, the United Arab Emirates (“UAE”) ranked higher on the index than ever before. The UAE reached the 21st position in the ranking being the frontrunner of the Middle East. According to Transparency International, this may be due to good and efficient management of public finances, improved public procurement and better access to public services and infrastructure in the UAE. In 2016, the UAE carried out a significant reform of its criminal laws, which may be reflected in the Index as well.

Considering the rankings, one may ask whether Nordic countries are perhaps a safe-harbour from corruption. Despite the apparently excellent reputation, do corruption related risks still exist for businesses in the Nordics? Are the Nordic Countries the complete opposite to the Middle East?

Finland: There is a snake in paradise

Despite direct bribery being relatively rare in Finland and the rest of the Nordic jurisdictions, the existence of conflicts of interest and the lack of transparency in declaring conflicts of interest have turned out to be a common feature of the Nordic countries. This may be difficult to detect considering it is an inherently subjective evaluation. I suggest corruption does exist in Nordic countries, but that it has taken forms that are relatively difficult to detect by researchers.

In the aftermath of its evaluation round in September 2017, GRECO issued recommendations to Finland aimed at improving its anti-corruption regime, such recommendations being published in March 2018. Six of the recommendations issued by GRECO concerned senior government officials and ministers, and eight of them law enforcement authorities. Regarding law enforcement agencies, GRECO recommends that the Police and the Border Guard develop a dedicated anti-corruption strategy or policy, compile a code of conduct and specify their guidelines for secondary employment, organise training on the prevention and combating of corruption, and reinforce ethical practices in their career-related processes. In addition, it is recommended that the police enhance their risk management, internal oversight, and procedures to be followed by their officials when taking up secondary employment.

When it comes to whistleblower protection, GRECO recommends that the Police and the Border Guard be obliged to report suspicions of corruption and that protection of the whistleblowers be enhanced. At the moment, Finnish law does not include all-encompassing provisions protecting whistleblowers, applicable across different industries and, as a result, whistleblowers are practically protected only by the provisions in the Employment Act regulating grounds for dismissal. When it comes to the GRECO anti-corruption recommendations with regards to judges, public prosecutors and Members of Parliament, the Finnish Ministry of Justice announced in May 2018 that it has duly implemented all the recommendations. Also, the current Minister of Labour is strongly promoting enhancing whistleblower protection in Finland according to his political agenda. 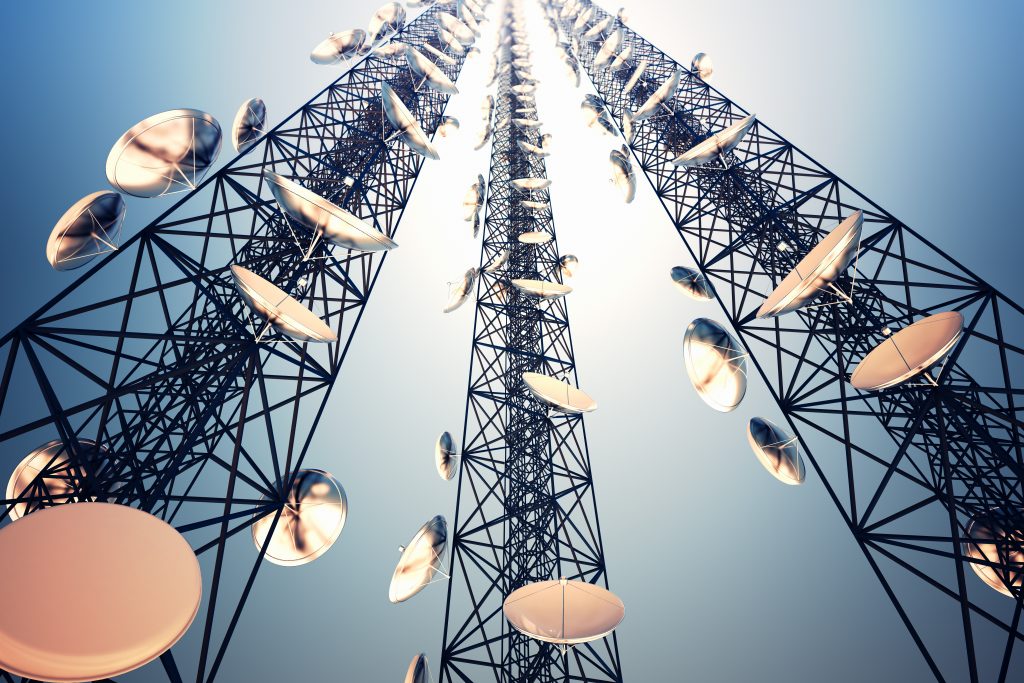 Sweden: a recent extraterritoriality exercise in the telecommunications sector

Finland is not the only Nordic jurisdiction that has recently encountered serious corruption allegations. In Sweden, a local leading telecommunications company and its Uzbek subsidiary admitted paying (on multiple occasions between 2007 and 2010) more than USD 331 million in bribes to an Uzbek government official, who was a close relative of a high-ranking government official and had influence over the Uzbek governmental body that regulated the telecommunications industry. The telecommunications operator, which used to be a listed company in New York, used US bank accounts to move the bribery related assets, which triggered the involvement of the US authorities.

In 2017, the company reached a settlement involving the anti-corruption authorities of the United States, the Netherlands and Sweden. In the United States, the company entered a deferred prosecution agreement agreeing to pay the fine, implement rigorous internal controls and cooperate fully with the Department’s ongoing investigation, including its investigation of individuals. The U.S. authorities agreed to credit any disgorged profits paid to the Swedish and Dutch authorities as a result of related national proceedings in Sweden and in the Netherlands.

In addition to the criminal proceedings faced by the company, the individual directors involved are now being prosecuted in Sweden for bribery. According to the prosecutor, the company paid the authorities to make a preferred decision when considering its operational licenses in Uzbekistan and the prosecuted directors in question were aware of the bribery or even took initiative in the matter.

The loopholes relating to gifts and hospitality in the Middle East

In Europe and in the United States, there is a common trend of companies becoming extremely cautious when it comes to hospitality and gifts, including business to business relationships. Public officials aside, one of the most common corruption related issues that businesses often struggle with is to understand where to draw the line between illegitimate and legitimate, or sometimes even expected, provision of business gifts and hospitality in the Middle East.

There are different legislative approaches to private sector bribery in the Middle East. For example, the UAE has explicitly criminalised bribery in business in Article 236 bis of the Federal Law No. 3 of 1987 as amended by the Federal Decree Law No. 7 of 2016 (“UAE Penal Code”). Another example can be found in Qatar where passive bribery i.e. accepting illegitimate benefits in the private sector has been criminalised in Article 146 of the Law Number 11 of 2004 (“Qatar Penal Code”)..

In light of the above, and importantly for companies doing business in the Middle East, it is highly recommended to adopt restrictive hospitality policies in order to avoid bribery risks in relation to both the public and the private sector. It should be noted that the anti-bribery laws in the Middle East do not usually include exceptions when it comes to gifts of only nominal value, if the corrupt intent can be proven. Also, the definition of a public official tends to be relatively broad resulting e.g. employees of many companies subject to (partial) government ownership being regarded as public officials. 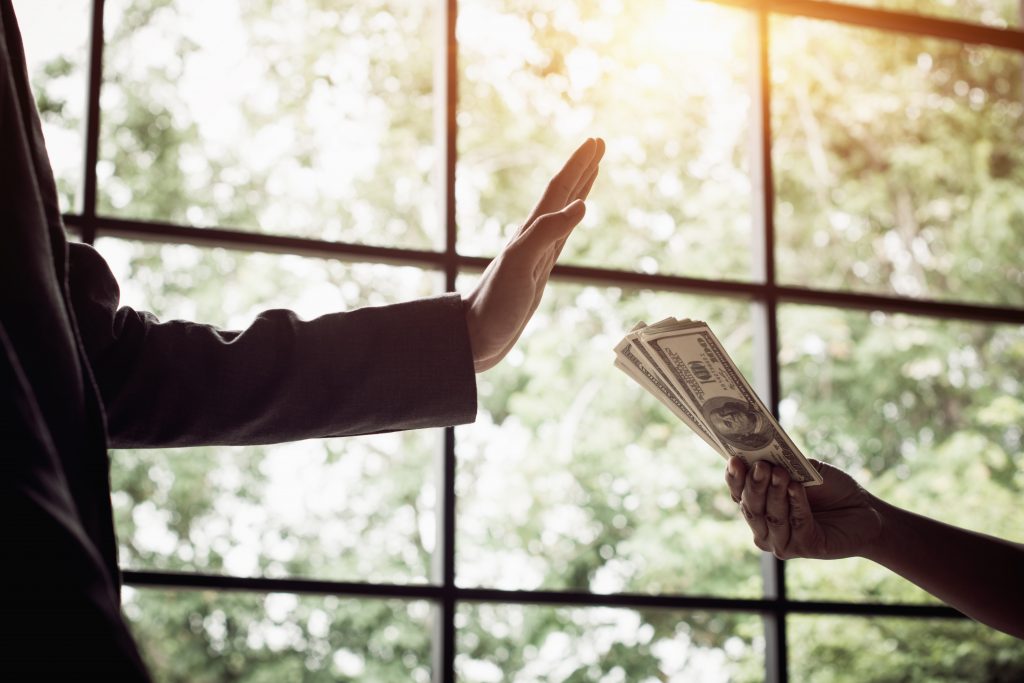 The above examples indicate that regardless of the jurisdiction – whether the Middle East, the high ranking Nordic countries or elsewhere in the world, no business is entirely safe from corruption related risks. International rankings aside, businesses should pay attention to corruption risks and implement strict compliance policies. As demonstrated above, there is no safe-harbour when it comes to corruption risk management.

Adopting an anti-bribery policy is always advisable irrespective of whether the law so obliges. The policy should be embedded in the business procedures of the company, accompanied by quality training of the personnel at regular intervals to identify and avoid compliance risks.

Similarly to compliance policies, legislators have adopted different approaches to whistleblowing regulations. Businesses should not hesitate to go beyond the statutory requirements and implement independent whistleblowing channels to help foster a compliance culture in their organisations.

It is important to note that bribery is only one aspect of corruption. As demonstrated above, corruption can take many forms. Detecting and avoiding conflicts of interest in business operations can work against presuming corrupt intent, due to which businesses are advised to include relevant provisions on excluding conflicted employees from decision making in order to manage corruption risks. Even though the examples set out above include significant intentional bribery, in many jurisdictions bribery offences are criminalised even if the offence is not intentionally committed.

In addition to local laws and local law enforcement, the extraterritorial effect of certain foreign anti-corruption laws should be observed. For example, US Foreign Corrupt Practices Act (“FCPA”) is widely known to be enforced also in respect of corruption offences taking place outside the United States. Transacting in US Dollars or employing US citizens may trigger the application of the FCPA and enforcement thereof by US authorities irrespective of the location of the business or any potential bribery activity, including in the Middle East. Businesses are recommended to adopt anti-corruption policies and accounting standards that meet the requirements of all the statutes potentially applicable to their operations. It seems that national authorities are working closely together to resolve cross-border bribery matters making it more difficult for the offenders to escape the jurisdiction of national authorities in an international context.

It seems that the Nordics can no longer take their high ranking in the Transparency International Corruption Perceptions Index for granted. This is partly due not only to international watchdogs, but also legislators and law enforcement authorities realising that the roots of corruption are embedded in conflict of interest which is a prevalent issue in the Nordic countries. At the same time, other countries are also working hard towards efficient enforcement of anti-corruption laws which makes competition at the top level fiercer than ever.

As Transparency International and intergovernmental bodies, such as the United Nations, do not solely consider the content of laws and enforcement statistics, making general changes in improving transparency and integrity in the public sector may also yield a positive effect on anti-corruption. Importantly for businesses, it should be noted that bribery is widely criminalised in the Middle East and bribery laws actively enforced. The efforts made by the governments in the Middle East are gradually being recognised in the international domain.