An Icarian Risk: Ambition and Corruption in Sport 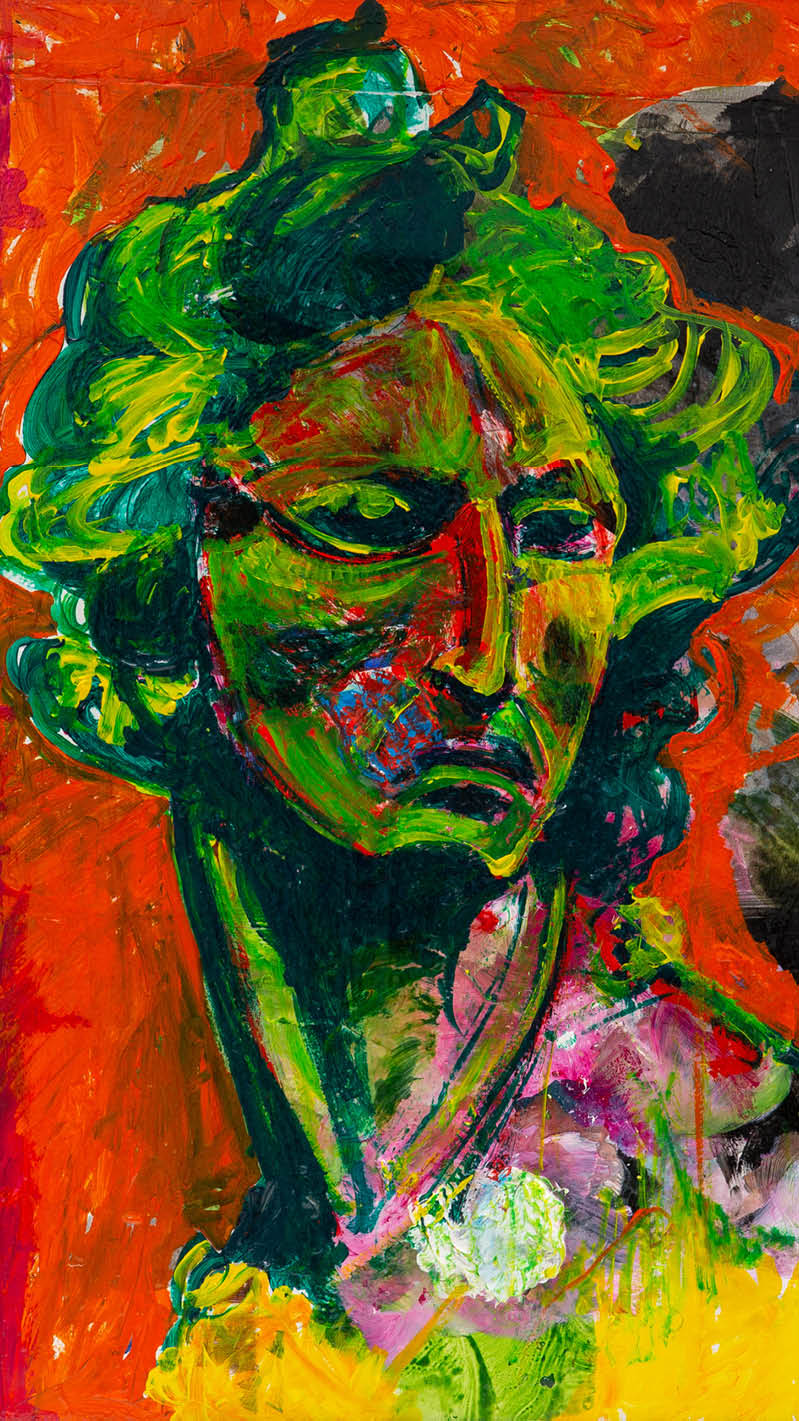 At its best, sport brings people together, setting aside cultural, political, racial and religious differences between people. Major sporting events have grown to become massive international spectacles, attracting athletes and spectators from all over the globe. It is difficult to find a place in the world in which, for example, the FIFA World Cup would be unknown.

Alongside the popularity of major sporting events and leagues, professional sport has become a serious business, providing opportunities for, amongst others, marketing and media companies, sponsors, and merchandisers in addition to the sports clubs and athletes themselves. Despite allowing sporting events to grow and prosper, providing spectators with phenomenal experiences, on the darker side of this burgeoning global industry, lucrative business opportunities may entail illegitimate practices that may have a harmful impact on society as a whole.

Corruption in sport can be understood in many ways. For some, it raises the idea of match fixing or use of performance enhancing substances in relation to a single sporting event or competition. For others, corruption in sport represents a wider phenomenon in society, covering not only the illegitimate practices of a few athletes but also irregularities relating to the wider commercial ecosystem around sports events.

In practice, deliberate attempts to distort the outcome of contest for personal gain can take many forms. Referees and players can take bribes to fix matches; club owners can demand kickbacks for player transfers; companies and governments can rig bids for various sports-related contracts such as organising large-scale sporting events; media rights are sold against kickbacks; athletes acquire and utilise forbidden substances to improve their performance. The list is long.

Why is it a Big Deal?

One must bear in mind that sport is a billion-dollar business, not only providing a nice daily hobby for people at a grass- root level but also entailing lucrative business ventures and consequently attracting organised international crime. Financial crime yields proceeds which need to be hidden. As a result, sports related money laundering is widespread.

Generally, a high level of corruption hampers the efficiency of governmental operations and decreases prosperity in society, causing suffering for the whole population. Corruption results in unfair competition between businesses that have established illegal connections with government officials and companies that have not had the means to do this, including market entrants, which in turn leads to uneven distribution of wealth. Whilst there are exceptions to the rule, new emerging markets generally feature elevated corruption levels compared to developed countries due to vulnerabilities in legislation, organisation of law enforcement authorities and, sometimes even, political instability.

Corruption in sport has become a global policy issue causing organisations like Interpol, Transparency International, and the European Commission to focus on the topic. Interpol has set up a special match-fixing task force to bring together law enforcement authorities from 82 jurisdictions, providing a platform for cross-border investigations and international case co-ordination. Interpol also operates a joint capacity building and training programme with the International Olympic Committee, focusing on competition manipulation. According to Interpol “the programme is provided to law enforcement, government agencies, sports, betting operators and regulators, and integrates them into our global network”. Moreover, Interpol conducts media monitoring addressing manipulation of competitions.

The European Commission included sport integrity as an important element of its policy agenda. According to a research report on corruption in sport published in 2019, the vast majority of cases identified from recent years in the sample countries were identified as either doping or match-fixing cases, which seem to be the most prominent forms of corruption in sport. The European Commission is highlighting fairness in sport, not only from a business perspective, but also as a reminder that tackling corruption ensures access to sport on a level playing field for all.

The Middle East has become a significant playground, as an international sports venue, attracting mega events across a number of disciplines, including Formula 1 racing in the UAE and Bahrain, tennis and horse racing as well as the FIFA World Cup to be held in Qatar in 2022. Coupled with the presence of multiple international sports federations in the region, the attraction of the Middle East as a sports events hub is growing at a phenomenal pace.

When investigating cross-border offences, national authorities play a significant role. The United States is particularly active in prosecuting many sports related corruption offences. For example, in the recent FIFA World Cup corruption cases, the United States is actively prosecuting various FIFA officials sitting in Switzerland who will be facing justice in the United States. The alleged connection of the matter to the United Stated has raised eyebrows among critics, as football (or ‘soccer’) is a sport that attracts relatively little attention in the US compared to their more popular sports, such as American football, basketball, ice hockey and baseball.

Another prominent jurisdiction for sports related corruption cases is Switzerland, which hosts the headquarters of various sports federations. France also plays an active role, particularly in relation to investigating the allegedly corrupt media rights deals around the FIFA World Cup in Qatar.

Irrespective of which jurisdiction will jump on the case, tackling corruption in sport ultimately benefits the common good of society across borders. In order to obtain the best results, optimising resources and efforts and co-ordinating multilateral investigations should be encouraged. This is only achievable, however, if authorities from different jurisdictions are allowed to share information, taking joint ownership of the investigation and law enforcement action.

How to Tackle the Invisible Rival?

Despite numerous international efforts to tackle corruption in sport and local law enforcement in various jurisdictions stretching their extraterritorial powers to indict offenders, corruption in the sports’ sphere remains an irrefutable reality. While law enforcement across the world is suiting up to take the fight to would-be illegal actors, there are also measures that sponsors, media industry and various operators within sports organisations can take in a proactive manner to promote integrity, prevent bribery and detect wrongdoing.

Many sports federations have independently developed self-regulation methods in order to do their part in protecting the integrity of competition. Some of these efforts were initiated as far back as 10 years ago; for example, the International Olympic Committee’ Basic Universal Principles of Good Governance of the Olympic and Sports Movement, which focuses on governance structures that preserve integrity in sports organisations.

In the wake of certain scandals in 2016, the Executive Committee of FIFA unanimously approved a set of proposals made by the Reform Committee highlighting multiple elements including: the integrity of the game; avoiding conflicts of interest; independent audits; rejecting discrimination or political interference; separation of powers and religious and political neutrality. FIFA has adopted a comprehensive Compliance Programme to build transparency, foster ethical behaviour, identify risks, define policies to promote integrity and create applicable procedures. FIFA is also co-operating with key stakeholders to prevent match-fixing and fraud. Moreover, widespread reporting requirements are imposed on many interested parties that experience wrongdoing or foul play in the course of conducting football-related business.

Self-regulation and whistleblowing practices in football are only one example. Many sports organisations have discovered the efficiency of self-regulation and proactive measures in the fight against sports related corruption. Federations, such as International Federation for Equestrian Sports and World Athletics have developed codes of conduct of their own, including disciplinary proceedings. The Court of Arbitration for Sport located in Lausanne, Switzerland, operates as the ultimate dispute resolution body having jurisdiction over appeals on disciplinary measures imposed by federations provided that the jurisdiction has been granted in the rules and regulations of the federation in question.

Corruption in sport can be prevented with similar best practices as applicable in any corporate governance environment. These include: timely and detailed record keeping; transparency in decision making; sufficient due diligence of contracting parties; and avoiding conflict of interest etc. What makes sport unique, and maybe even more vulnerable for wrongdoing, is the interplay between grass-root sport with non-profit organisations benefiting the general public and professional sport involving highly lucrative business interests.

While national law enforcement authorities are wrestling with regulations allowing them to co-operate with their foreign homologues, sports organisations, media companies, sponsors and athletes themselves play an important role in building an ethical environment within the sport. Law enforcement alone cannot act as the safety net in the fight against corruption in sport without self-regulation catching the ball as well.

The Future of Sports Investigations in the Middle East

In light of self-regulation, the growing presence of international sports federations implementing their internal anti-corruption policies and providing whistleblowing channels in the Middle East is excellent news. With recent legislative changes criminalising offences such as private sector bribery, strategic focus on anti-corruption work through specialist anti-corruption authorities, as well as the early emergence of whistleblower protection, extends the impact of national legislation on the sports industry. Middle Eastern jurisdictions have expressed political willingness to address corruption issues in sports and will add their significant might to the fight to ensure a level playing field. With the sports industry growing at such a prolific rate in the region, the stakes are high for Middle Eastern countries to ensure that they are viewed as safe and effective hosts of sports events, and future enforcement action in this area can only help in building important credibility when compared to other countries and international sporting organisations. 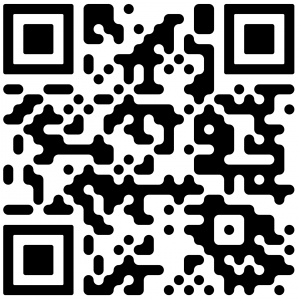