A Look at the New Labour Courts in KSA 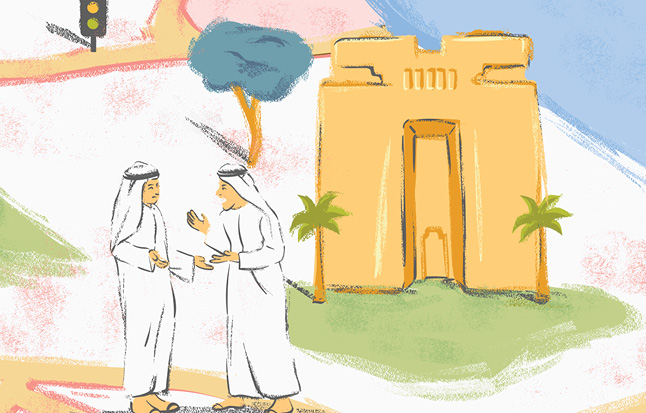 It has been over three years since the Kingdom of Saudi Arabia (‘KSA’) embarked on its journey towards reform and modernisation under the ambitious Vision 2030 programme. The rate of change over the past three years demonstrates the commitment of the KSA government to fulfil the various aims under Vision 2030. One of the key aims of Vision 2030 is to diversify the economy away from its dependence on oil and to attract foreign investment to strengthen the economy. In order to encourage more foreign investment, the KSA government has implemented a number of measures to facilitate easier investment into KSA but it is also conscious that investor confidence will be strengthened by confidence in the legal system.

Against that background, we have witnessed a number of changes within the broader legal infrastructure within KSA to increase the efficiency and quality of the judicial system. This article looks at one such change, namely the introduction of formal Labour Courts to determine disputes arising from employment relationships.

When the Labour Law (issued by Royal Decree Number M/51 dated 23 Sha’ban 1426 corresponding to 27 September 2005) was amended in 2015 it introduced the creation of specialised labour courts in order to determine labour disputes in accordance with Article 34 of the Law of Civil Procedures (issued by Royal Decree Number M/1 dated 22 Muharram 1435 corresponding to 25 November 2013). However, no such courts were officially created and, instead, disputes relating to an employment relationship were heard by commissions known as the Preliminary Commission for the Settlement of Labour Disputes (‘Preliminary Commissions’) which had semi-judicial authority and came within the jurisdiction of the Ministry of Labour (‘MoL’). The Preliminary Commissions were not official courts, were not presided over by judges qualified in Shariah law, and were not subject to the Law of Civil Procedures which applied to other civil courts. Decisions were sometimes considered to be inconsistent and lacking in legal sophistication. Appeals were considered by the High Commission for the Settlement of Labour Disputes and many of the criticisms which were levelled at the Preliminary Commissions also applied to the High Commissions.

Pursuant to the Royal Decree number 20712 dated 29 Rabi al Thani 1439H corresponding to 16 January 2018, the new Labour Courts were introduced in KSA on 20 Safar 1440H corresponding to 29 October 2018. The new Labour Courts are under the jurisdiction of the Ministry of Justice. They have jurisdiction over disputes relating to employment contracts, wages, employment rights, injuries, compensation and social insurance claims, among others.

As part of the initial introduction phase, seven Labour Courts have been established across KSA in areas which have historically seen the most labour disputes, including in Riyadh, Jeddah and Dammam. In addition, over 20 circuit courts have been established in various provinces and governorates to deal with labour cases. Six appellate courts will review judgments issued by the first instance Labour Courts.

To support the introduction of specialised Labour Courts, over 50 judges have been appointed to preside over the Labour Courts and have been trained to specialise in labour laws and regulations.

The main objectives for the creation of dedicated Labour Courts with judicial functions and capabilities were to expedite the delivery of justice and to improve both the quality and efficiency of the judicial process in labour disputes.

Below, we explain some of the differences between the approach being adopted by the new Labour Courts as well as some of the trends that are starting to emerge from the practice of the Labour Courts of which employers, who are facing employment litigation in KSA, should take note.

We have set out below some comparisons between the new Labour Courts and the old Labour Commissions in the approach taken towards managing employment litigation in KSA:

Lessons to Learn from Emerging Trends

We have set out below some lessons which employers, involved in labour disputes in KSA, can learn from trends that are emerging from claims which have been litigated in the new Labour Courts:

The new Labour Courts are a welcome development in the resolution of labour disputes. Although litigation practitioners are still adapting to the new approach to dealing with labour claims, the overall consensus is that there is increased efficiency in the labour litigation process. However, as the number of labour claims continues to rise (there are currently approximately 7,000 claims a year) and as the issues become more complex, it remains to be seen how the new Labour Courts will manage the increasing demands on its resources and how that affects the administration of justice in dealing with labour disputes as the country continues to move forward towards achieving its aims under Vision 2030.