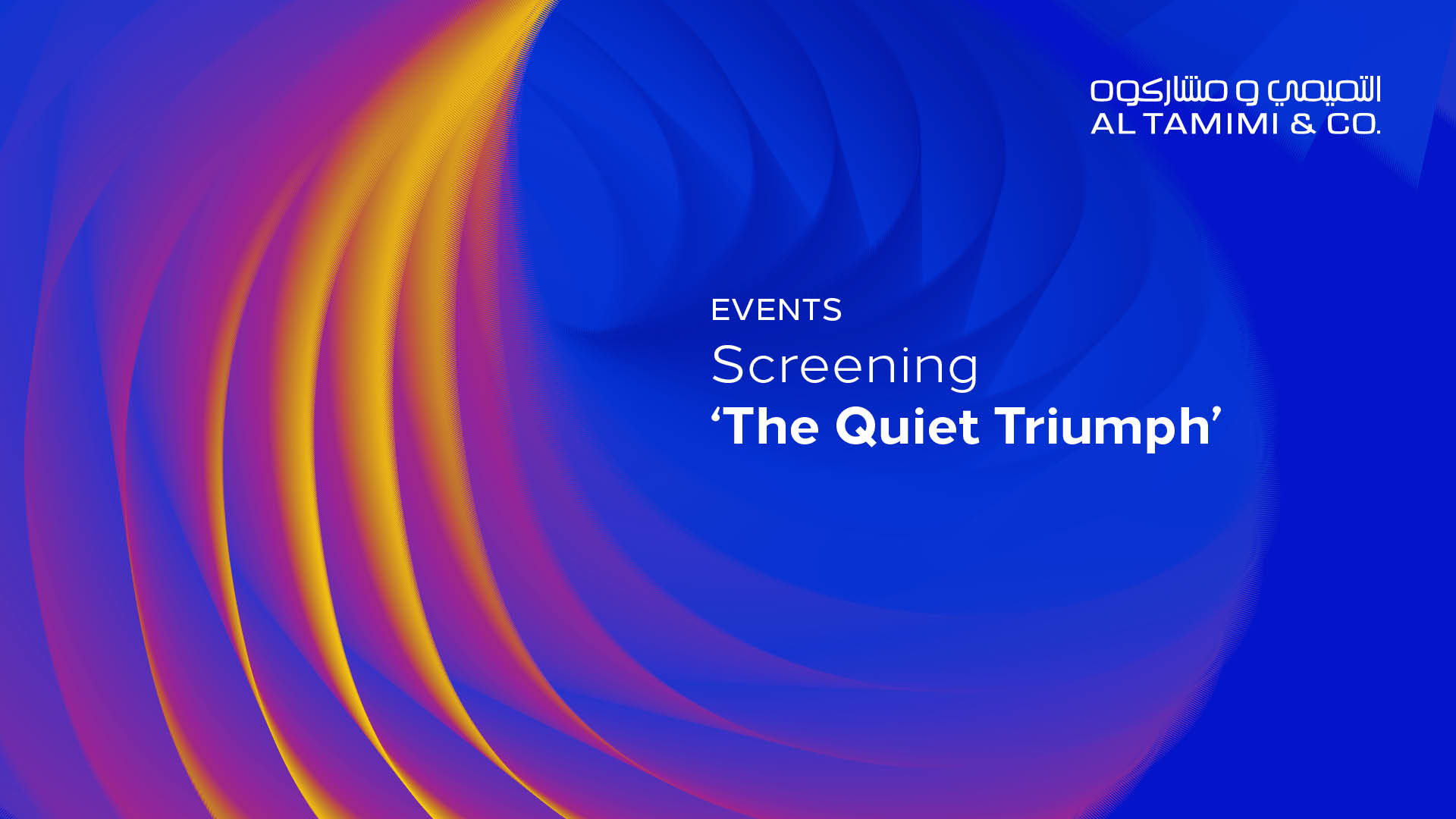 Al Tamimi & Company screens “The Quiet Triumph – How Arbitration changed the world”, a documentary portraying the role of Arbitration in world affairs.

The documentary film The Quite Triumph tells the story of international Arbitration, with events in Sweden in the foreground. It features interviews with central players who experienced the ground-breaking developments first hand, and whose skills and integrity contributed to making the world a better place.

Find the full documentary on the Arbitration Institute of Stockholm Chamber of Commerce website.