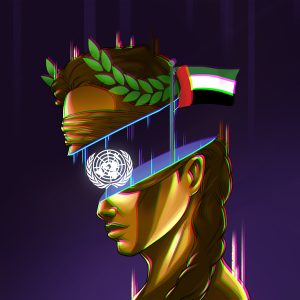 Background on the Model Law

UNCITRAL, which was established in 1966, is the core legal body of the United Nations system in the field of international trade law. UNCITRAL’s mandate focuses on commercial law reform and the modernisation and harmonisation of rules on international business, including dispute resolution.

Some studies also suggest that the adoption of a Model Law-based arbitration law results in increased foreign direct investment into the adopting jurisdiction. For example, according to one paper by Andrew Myburgh and Jordi Paniagua (see, Does International Commercial Arbitration Promote Foreign Direct Investment?, 59 Journal of Law and Economics 597 (2016)), jurisdictions that adopt such a such a law “tend to experience higher levels of investments in sectors such as construction and activities such as ICT.”

The ADGM Arbitration Regulations have also been recognised by UNCITRAL as Model Law-based. ADGM, a financial free zone in the Emirate of Abu Dhabi, the UAE’s capital, was established in 2013, and it too is a predominantly common law jurisdiction with its own civil and commercial laws. ADGM law makes English common law (including the rules and principles of equity) directly applicable in the ADGM in addition to a wide range of well established statutes on civil matters. The use of the ADGM as an arbitral seat has accelerated since the Court of Arbitration of the International Chamber of Commerce (‘ICC’) established a representative office in ADGM in 2018. Like the UAE Federal Arbitration Law and DIFC Arbitration Law, the ADGM Regulations, which were recently complemented by the ADGM Arbitration Guidelines in September 2019, provide a comprehensive legal framework covering all stages of arbitration and incorporating the key features and best practices of the process.

UNCITRAL’s recognition of all three laws as Model Law-based in a note by the UNCITRAL Secretariat to the United Nations General Assembly dated 1, April 2020 (A/CN.9/1020) will undoubtedly further increase user confidence and continue to cement the UAE’s position as a leading multi-faceted arbitral jurisdiction in the Middle East and beyond.