Float Like a Butterfly, Sting Like a Bee: Kuwait’s National Anti-Corruption Strategy to Take the Fight to Graft

The Strategy was fully outlined by the head of Nazaha, Kuwait’s Anti-Corruption Authority established pursuant to Law No. 2 of 2016, and takes an expansive approach to tackling graft practices across different sectors of society. The plan includes fostering improvements to the rule of law, as well as nurturing citizens’ values of integrity, transparency and accountability to create a culture that is resilient to illicit practices.

Following the introduction of Law No. 2 of 2016, Nazaha was mandated with the objective of establishing a comprehensive Kuwaiti strategy for integrity and anti-corruption, as well as the necessary underlying programmes for its implementation. Since its inception, Nazaha’s goal has been to lead by example and act as the figurehead for Kuwaiti government institutions to strive to reach the highest standards of integrity. 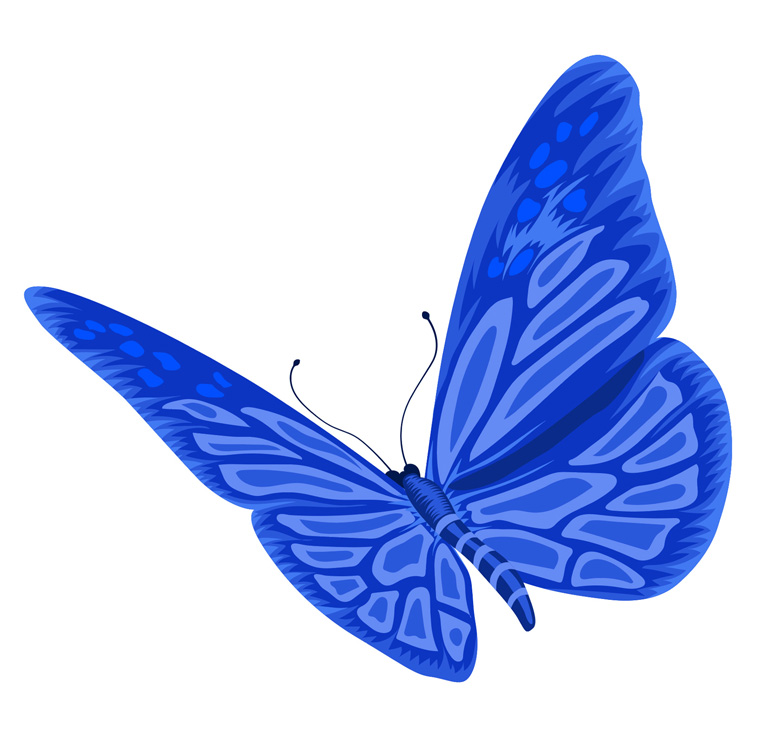 The Strategy, which was developed with the technical assistance of the United Nations, has been introduced to further Kuwait’s efforts to align itself with international best practices of governance standards, and to meet its obligations under the United Nations Convention Against Corruption (‘UNCAC’). The Strategy is divided into four focused areas: 1) the Public Sector; 2) the Private Sector; 3) the Community; and 4) Specialised Institutions.

Targets for the Public Sector are centred on the role of State institutions and public officials. Conduct in these areas is perhaps the fundamental pillar of combating corruption issues, and is addressed under the Strategy through measures for increased oversight and transparency of corruption offences. In practice, this will be effected by ensuring that information is collated and analysed in respect of corruption and public industry. This data will then be compiled into reports which can be used to inform an efficiency assessment of Nazaha and the Kuwaiti law enforcement agencies. By creating a mechanism of ongoing evaluation, the Strategy creates opportunities to identify and redress any issues related to the functioning of core Government anti-corruption agencies, which should give rise to a process of continuous reform and improvement.

The political ambit of the Public Sector will also come under increased scrutiny, as the Strategy provides scope for Kuwait’s campaign financing regulations to be modified. Public procurement legislation will also be bolstered, clamping down on those trading in favours and unjustly benefitting from State funds. There is also an intention to introduce legislation to criminalise illicit enrichment of public funds. By introducing punitive measures with an added sting, Kuwait authorities will simultaneously be signalling their intent to eradicate corrupt practices whilst also disincentivising acts that harm Kuwait’s national market.

The Private Sector, or the private economy and businesses, will be targeted with a sustainable approach aimed to increase training practices. These training proposals will relate to increasing ethical awareness and the introduction of corporate governance principles. There is to be an approach to increase the awareness and introduction of a culture of reporting criminality, including whistleblowing. Nazaha has already established accessible guidance for whistleblowers on its website, and has attempted to reassure prospective reporters that all reports will be handled with confidentiality and caution. It also emphasises that there is a positive reporting duty for corruption offences under Kuwaiti law and failure to report can result in punitive action. Whilst personal protection is already offered by Nazaha to whistleblowers, Nazaha has been tasked under the new Strategy to ensure that there are practical and effective measures in place to protect whistleblowers from possible acts of retribution.

The third pillar of the Strategy, namely Society, is also targeted by several proposed initiatives. Importantly, the initiatives are not intended to be introduced in isolation or narrowly applied to individuals directly at risk of engaging in corrupt practices, but are explicitly directed at raising awareness of corruption issues amongst the wider population. Accordingly, suggested promotional activities included in the Strategy are aimed at both the Kuwaiti and international residents in Kuwait, and take a grassroots approach to raising awareness by promoting the Strategy in places of worship, media outlets and in schools. This emphasises the underlying recognition by the Kuwaiti authorities that involving youth in anti-corruption efforts is paramount to ensuring the long-term sustainability of its efforts, as it will instil a vigilant culture of anticorruption within the future business and governance leaders of Kuwait.

The fourth and final area relates to Specialised Institutions. In conjunction with the efforts of Nazaha to oversee extended efforts in the public sector, on a more industrialised scale, Specialised Institutions and specifically regulatory bodies, will be given training in anti-bribery practices and will be encouraged to incentivise whistleblowing.

Preparing for the Fight

As outlined above, the plan addresses the role of civil society in conjunction with both the private and public sectors. The Kuwaiti authorities have adopted a sustainable development approach to anti-corruption efforts, importantly including civil society as a means of making long-term improvements, aiming at the country’s 2035 vision.

If a culture of anti-corruption and transparency is adopted, then individuals and businesses will more likely report instances of abuse, and authorities will have greater access to a body of information as to the authenticity of business conducted within the jurisdiction, and legitimacy of business arriving in Kuwait from abroad.

The Strategy’s publication provides an opportunity for optimism for Kuwait. In cooperation with the United Nations, Kuwaiti authorities are using the bricks and mortar of strong legislation together with fortified enforcement agencies to build the necessary infrastructure for an effective anti-corruption programme. Throughout the implementation of the Strategy’s various initiatives, Kuwait should also capitalise on the expertise of international organisations involved in developing global anticorruption programmes and the experience of their neighbours in the GCC to augment their efforts over the coming years.

Throughout the process of formulating the Strategy, Nazaha has been liaising closely with financial and economic institutions in Kuwait, the Kuwait Higher Council for Planning and Development and the United Nations Development Program (‘UNDP’) to ensure that its strategic approach and ultimate objectives are in line with international best practice.

Moreover, and in respect of the UNDP, throughout 2018 the UNDP assisted in a joint co-operative effort with the General Secretariat of the Supreme Council for Planning and Development and Nazaha. This effort was conducted with international and regional bodies assisting in cooperation, namely the United Nations Office on Drugs and Crime as well as the UNDP regional office on Anti-Corruption. The 2018 project, which involved the review and analysis Nazaha’s internal strategy, was aimed at bolstering the institutional capacities of Nazaha to further enable its jurisdictional reach and strengthen its practical effectiveness. In a show of commitment, the Government of Kuwait reiterated its dedication to the UNDP’s 2018 project by providing the funding.

As an ancillary concern, the 2018 review by Kuwait’s international partners highlighted the importance of redressing Kuwait’s diminished economic development, highlighted by the World Economic Forum to the ultimate success of its anti-corruption efforts. Financial stability, security and transparency are fundamental requirements to attract international investment and stimulate economic growth, whilst simultaneously creating conditions that deter rather than cultivate illicit practices. The business case for implementing fair and ethical practices has vocal proponents in both public and private sectors, and Kuwaiti authorities have taken substantive steps towards protecting their economic security by fostering this approach within their market. 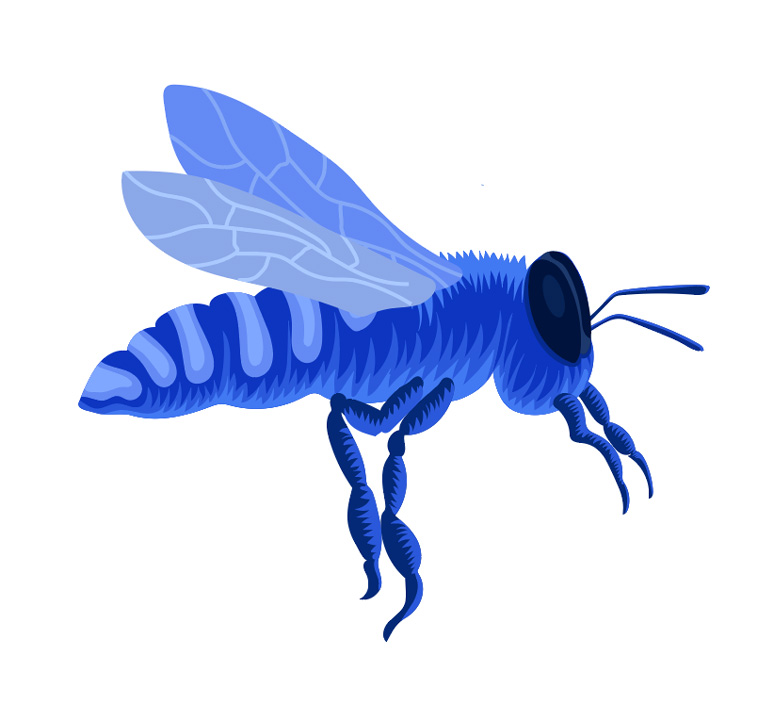 Recently, the UNDP emphasised political policy and a normative agenda on transparency and accountability, reiterating that there are intrinsic links between anti-corruption and human development, and that governmental integrity is a core requirement for all forms of developmental progress. These are some of the dominant principles of anti-corruption that underpin many of the domestic legislative approaches taken by other countries. The same principles are enshrined in the United National Convention Against Corruption, which has 140 global signatories to date and represents one of the leading international tools for aligning global anti-corruption policy. Corruption is an insipid issue that prevails on a global scale, and responses must be applied in an equally transnational manner to have any hope of making headway.

By developing the Strategy for Kuwait in accordance with these commitments, Kuwait authorities have ensured that their system benefits from the full extent of protections enjoyed by other countries, and will not unduly attract criminal actors that seek to benefit at the expense of Kuwait’s national market.

Next on the Agenda

Kuwait was recently ranked eighth in the Arab world on Transparency International’s (TI) Corruption Perceptions Index 2018 (78th in the world) with a score of 41, representing an improvement of two points on its score of 39 in last year’s index. However incremental, even marginal improvements are a positive indicator for countries that are attempting to tackle graft, and should be viewed as achievements during a time where progress on TI’s corruption barometer has become universally stagnant on a global scale. Nevertheless, Kuwait will likely seek to better its standing in the rankings next year when the Strategy is at a more advanced stage of implementation.

In the long term, Kuwait may offer an attractive destination for potential investors, and the introduction of its five year strategy can only assist its efforts to promote its financial appeal to the international market. Businesses in Kuwait and international investors with interests in the country should ensure that they are aware of Nazaha’s efforts to fortify Kuwait’s defences against corrupt activity over the coming months and years, particularly where there may be potential ramifications or changes to business practices. It may be early days in the 2019-2024 term, but Kuwait will be hoping its strategy pays off in a knock-out win against corruption before too long.